Well its been a long time since ive posted, I have had some issues in my life atm that have kept my down and out of the game. But im here to share a few little things I managed to work on over my time away.

I would like you all to meet IVA, meaning number 9 in cook islands. IVA is a fanmade custom that i have put together and made a back story for. short but sweet =D

"when master yoda went into self impossed isolation with little to no other choice after the purge he made his way to dagobah where he and all others thought he was alone. But deep in the swaps lived something, a swap being who after days of lurking near Yoda finally made himself aware to the Jedi Master who had senced him all along feeling some force sensitivity in the being.

When Yoda put IVA through some simple tests Yoda was astonished at just how force sensitive he was, and such a mind as to learn fluent basic in just 4 short months. Yoda had never seen or heard of a creature of this nature and begun formally training him in the ways of the force. Yoda gave him robes and a lightsaber of a fallen master from Kashyyk that he carried with him and had never burried his belonging yet. Iva learnt the ways of the force quickly, and as Yoda begun telling him more of the outside world and of what was happening, Iva became increasingly hateful of the sith. His lust to exact revenge upon his "fellow" jedi as he called them was disheartening to Yoda. after years of training yoda dubbed IVA a jedi knight after putting him through many different tests which he passed with great ability.

But 2 years later a group of spacers landed in the swamp and IVA lost his ways and murdered them, Yoda pleaded with him ot to leave but he said it was there time to exact revenge upon the sith. Nor Yoda or any others know the fte of IVA but no stories were ever told of him and so he was forgotten. And his memory became nothing but a shadow in the mind of Yoda over his hundreds of years. 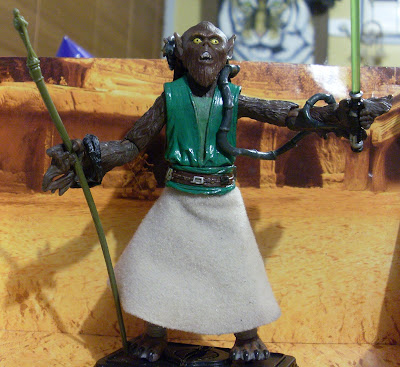 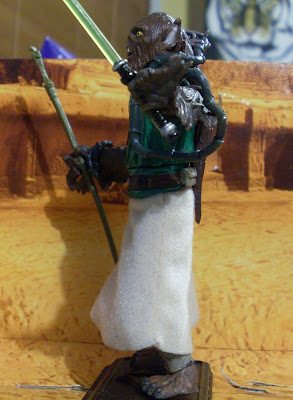 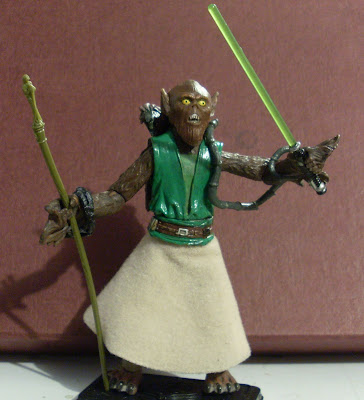 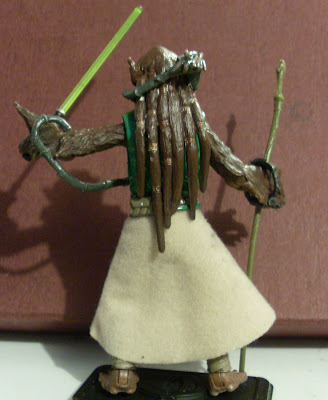 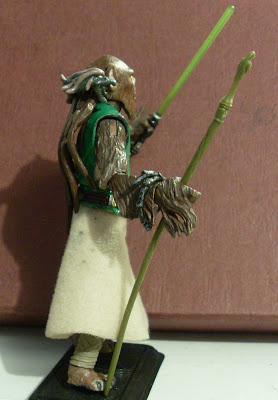 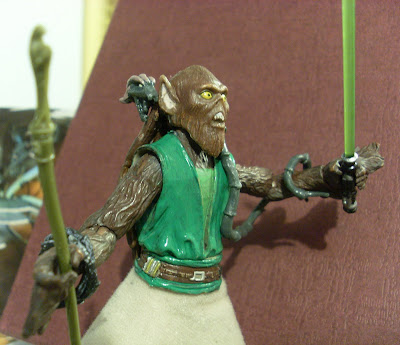 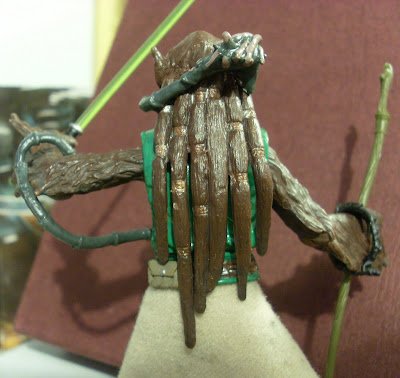 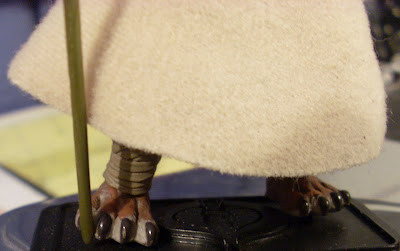 Comments as always are welcome =D
Posted by Rustyscustoms at 4:55 AM

Rustyscustoms
Hey everyone, my names Rusty and thanks for visiting my starwars custom figure site, im 19 from Australia and have been collecting for about 9months and customizing for about 4months. i know its not very long but as you can see i skip on no detail and try my best to provide good, accurate and unique customs. As my knowledge gets a bit better of how to operate my site i will eventually make it bigger and better and create a more interactive site. all feedback is welcome thanks. Rusty. I am not affiliated with Hasbro, Lucasfilm, or any other corporate entity. I am just a huge STAR WARS fan who enjoys making custom action figures. My custom figures are modifications of available items or pieces cast by myself and each one is the property of their respective producers/makers/companies. Disclaimer: These custom action figures are not authorized through Lucasfilm and fall under the fair use and rights section of the parody clause. Email us me: rustycustoms@hotmail.com